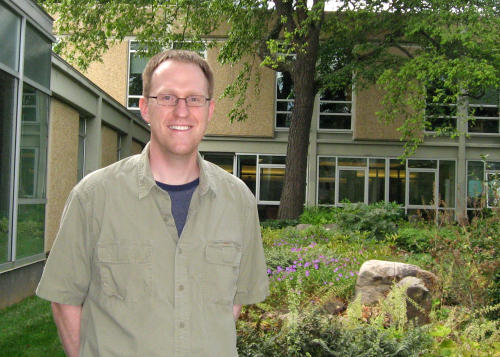 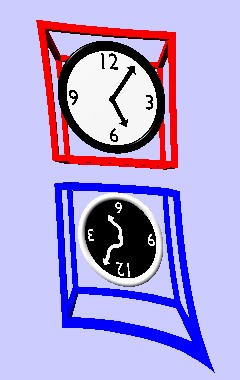 My research involves theoretical studies of fundamental spacetime symmetries.  Most of my attention has been directed towards high-precision tests of Lorentz invariance, the symmetry principle behind special relativity.  Lorentz invariance is the notion that physics does not depend on the orientation or velocity of a system.  So, Lorentz symmetry is the symmetry under rotations (changes in orientation) and boosts (changes in velocity).  A breakdown of these symmetries, Lorentz violation, would point to new and interesting physics. Background information Lorentz and CPT violation can be found here.  Papers I have written can be found here.

Below are some animations illustrating some of the consequences of Lorentz violation.  Click on the image to view the animation.  All animations are .mpg files.  Most are designed to be played in loop mode. 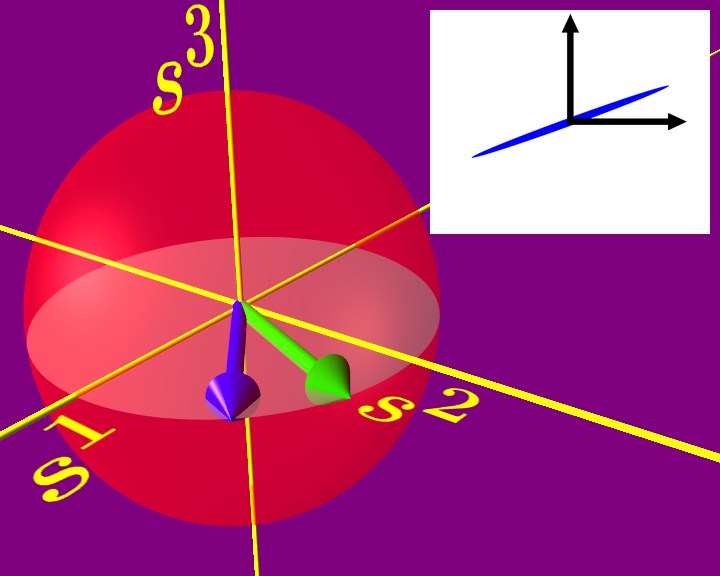 Rotation in Polarization (part 1): The Poincare sphere provides an abstract but useful means of visualizing the effects of birefringence.  In general, light is elliptically polarized, meaning that the electric-field vector traces out an ellipse as it propagates.  Each point on the sphere represents a different polarization.  The blue arrow on the left is called the Stokes vector and points to the spot on the sphere that corresponds to the ellipse in the upper right corner.  Simple cases include linear polarization, represented by the equator of the sphere, and circular polarization, given by the poles.  Birefringence causes the polarization ellipse to change as light propagates.  On the Poincare sphere, these changes give a simple rotation of the Stokes vector about some rotation axis.  The animation shows this effect for a rotation axis (green arrow) that lies in the equatorial plane. 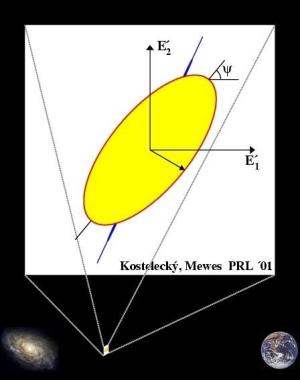 Rotation in Polarization (part 2): The rotation in the Stokes vector and corresponding changes in polarization are illustrated in this animation.  A very distant galaxy produces linearly polarized light.  The light experiences birefringence on its way towards Earth.  As a result, the polarization is different at points along its journey.  When it reaches Earth, it has a different polarization than when it was created.  We can look for this change if we know enough about the source to determine the initial polarization. 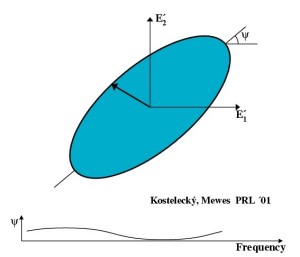 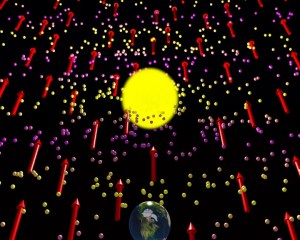 Annual Variations: This animation shows neutrinos produced in the Sun as one flavor (yellow) oscillates into another flavor (violet).  In this example, oscillations are caused by a Lorentz-violating background (red arrows).  The result is large oscillations for neutrinos moving parallel to the field and no oscillations in neutrinos moving perpendicular to the field.  A solar-neutrino experiment on Earth then moves through regions of large and small oscillations, resulting in variations in the observed neutrino flux.  A signature of this effect is then an annual variation in the number of neutrinos of each flavor reaching Earth.


spin weight = 0: These are just the usual spherical harmonics.  The size of the circles on the sphere below represent the absolute value of the harmonics at different points on the sphere.  Solid circles indicate positive values, while open circles represent negative values.  Labels are (spin weight)(parity)(total angular momentum index j)(z-component index m).  Click on the image to see a large version.


spin weight = 1: These are vector harmonics.  The arrows on the spheres represent the magnitude and direction of the corresponding vector field for each component.


spin weight = 2: This case corresponds to symmetric traceless 2-tensors.  Any tensor of this type can be represented by two orthogonal vectors associated with the primary axes of the tensor.  The lines indicate the magnitude and direction of these axes, but are unoriented because this representation does not depend on the orientation of the two vectors.